Written in the Stars

Luke and Lorelai go on their official first date at a restaurant owned by old friends of Luke’s parents. Luke reminds Lorelai of how they met, shows her a horoscope she gave him for good luck that he’s kept in his wallet, and assures her that he intends to go the distance with her. Lorelai spends the night at Luke’s place; in the morning, she goes down to the diner to get coffee, and the breakfast crowd sees her wearing only Luke’s shirt. There’s suprisingly little gossip about Luke and Lorelai until the next town meeting, where Taylor uses charts to show how disasterous a breakup between them would be for Stars Hollow. Meanwhile: Rory meets a rich Yale student named Logan and chews him out for being rude to her friend Marty; Paris holds a wake for Asher that all the guests assume is a keg party with a weird theme; and Emily freaks out when she discovers that Richard has a social life she doesn’t know about, so she invades Rory’s dorm during the wake. 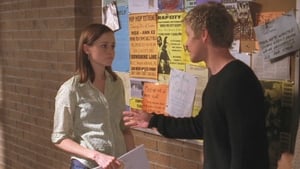 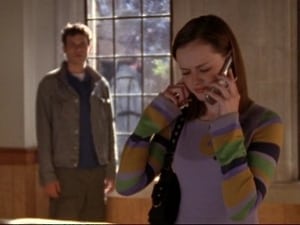